It is morning, but it is dark.
Dark in the sense that everything is just not how it is supposed to be.
Dark, so dark, that I strain to see sense, but there is no sense to see.
This dark weighs like a thousand pound cloud that thunders, waiting to release the torrential rain.
How did it come to this?

Dutifully going through the motions, I slip on my suit coat.
Black. Black as dark as black can be. I feel wound & bound as I enter this day.
Just five months ago he came to the house. I recognized his hesitancy and his lack of admission right away because I had been there myself.
Not that I know it all or have the answers and can say I am free, because, in reality, we are never really free – never free enough to not be concerned.

We all walk a tenuous, tightrope of recovery.

The light begins as a pinhole stream, as hope is recognized and love is allowed in. Gaining steadiness in my walk I can say the brightness of the light grows with each day that I keep my back turned away from the lures that promise things that are not true.

Emotions are hard.
They trigger desires and thoughts to run and hide in the dark spaces and places.

Standing tall I breathe big and my hand slips into my suit coat pocket and feels a single, soft tissue. This suit was borrowed by him who came to the house five months ago. He wore it to his friends funeral. Yes… this was his tissue with his tears dried on it from just a few weeks ago. And now, here I stand, wearing the same suit, needing a tissue of my own. I pull it out and let the soft crumbled mass sit cradled in my hand like a treasure; the treasure of a friendship now lost.

Death is so very dark.
Why couldn’t I have helped him better to see the light more clearly?
Emotions; damn emotions!
Begging, they seductively whisper to me…
the darkness that thunders with the weight of rain, beckons.
That tenuous, tightrope is before me. Can I still walk it?

I am paralyzed in the moment.

Without any more hesitation, I carefully place the crumpled tissue back into my pocket. And my heart weeps a message: Dear friend, I will miss you. I am sorry I couldn’t change your mind.

And so, I step out and balance my footing…
Sober. Yes, sober, I decide on it.
And I leave the dark rumble behind me.

My son was just barely five months clean in recovery when one of his good friends died of an overdose via a medicine laced with fentanyl. He was crushed. He wept and stuffed that crumpled tissue into his suit coat pocket.

Just about six weeks later, it was my son who died of an overdose involving fentanyl.

I cannot help but think about the impact that drug related deaths have on those who are in recovery; I imagine it frays the end of the tightrope.

Emotions are hard. Death by drugs is a slap of reality across the face that forces a hard look at mortality and threatens the recovering addicts ability to keep walking that tenuous tight rope.

As my son’s friends in recovery came to his memorial service, they wept and were crushed too.  My heart feared for each one of them.

For real, just weeks later, I watched these same friends weep over another friend who died of an overdose; It was horribly overwhelming. What bold resolve it takes to keep on going forward in recovery when friends are dying all around them.

How can we help?  We can help by being purposeful in our love and support for those  who struggle every day to keep sober and clean. Acknowledge their strength and resiliency to keep going when fear rises up and they doubt their next day will be successful. Keep reaching out and hoping and be there when they need you.

Most of all, pray.

My son, was alone when he died.

This fact haunts me.

His friend, “asleep” in the next room, unaware, did not wake up in time help my son. There was no one else around, just the two of them.

Where was God, when my son died of an overdose?

It was not his drug of choice; He told me several times, “I will never do that mom, I am not that stupid.” All I can assume is that he was not in any right-frame-of-mind and therefore did not realize what he was doing; he had no idea that the heroin was laced with fentanyl. 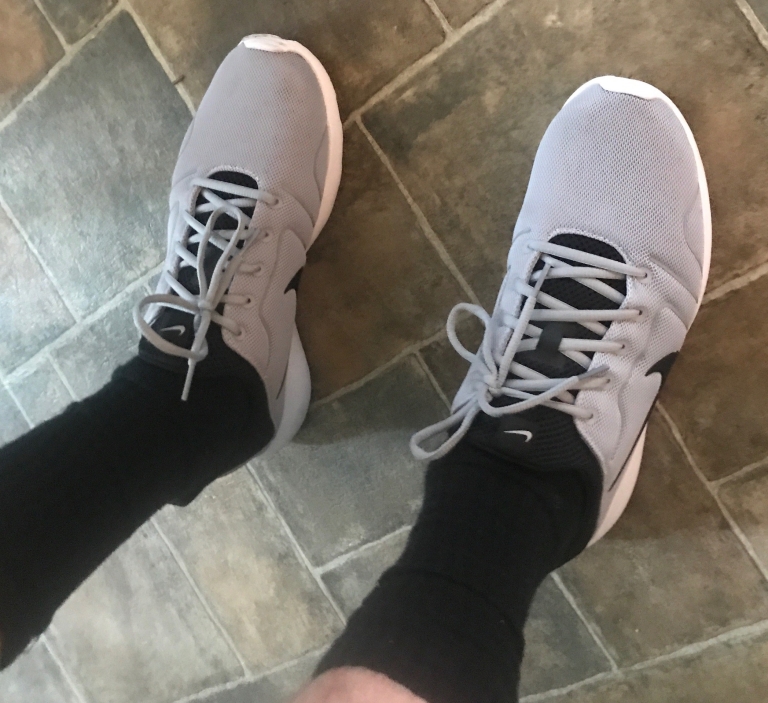 He just bought new sneakers one week before, a prideful accomplishment on his part; he sent me this photo saying, “I got a good deal , mom, $10 bucks off!.” He recently picked out his meal choice for his brother’s upcoming wedding, “beef” of course, we all knew he’d choose that.  Earlier that week, he made plans to go to the gym with another brother to get back in shape. Just four days before, he wept with a sober friend, confessing he had relapsed and knew he was in trouble and was afraid. I believe he finally got to the point of realizing for himself that he had a problem and needed help.

My son did not intend for his life to end on that terrible night.

So, where was God when he pulled out the heroin packets? Why didn’t God awaken the friend sooner?

As my son began to lose his capacity to breathe, did he know it? When the oxygen level was cut off, and his heart slowed to a stop, could my son comprehend what was happening? Did he cry out for help, inside? Did God hear him?

Here’s what I believe:

I believe that God was with my son the whole time, weeping over his choices perhaps, but loving him through it all. If comfort and assurance was needed as my son was in that flash-of-a-moment, realizing he was dying… I know that God gave comfort. When faced with stuff too hard to do alone,

“The Lord himself goes before you and will be with you; he will never leave you nor forsake you.” Deuteronomy 31:8a.

I often told my son this.

I believe, that God held his heart, til it’s last beat and cradled his soul with his last exhale, hugging him into heaven. God is a God of compassion and of mercy and He knew even more than we,  how much my son needed to be rescued. And rescue, God did. My son was rescued from ten years of mental anguish, inner turmoil, two years of addiction, and all the fall out that crippled life for him; he suffers no more.

I often think: what was ahead that God spared him from? … the unseen future that only God sees. Because of His sovereignty, I choose to trust that what God allowed was the best for my son; in this trust, my anger dissipates. Though I still weep mournful tears and my arms ache to wrap my arms around my son, I know that God did not fail him, or me.

Currently my son has no need of sneakers, beef, or the gym; Instead, my son enjoys the fullness of peace with God.

If you wonder where God is in your battle, be assured, He is with you because He never leaves us, or forsakes us.